The Dying Words of Goethe

“Light! more light! the shadows deepen,
And my life is ebbing low,
Throw the windows widely open:
Light! more light! before I go.
“Softly let the balmy sunshine
Play around my dying bed,
E’er the dimly lighted valley
I with lonely feet must tread.
“Light! more light! for Death is weaving
Shadows ‘round my waning sight,
And I fain would gaze upon him
Through a stream of earthly light.”
Not for greater gifts of genius;
Not for thoughts more grandly bright,
All the dying poet whispers
Is a prayer for light, more light.
Heeds he not the gathered laurels,
Fading slowly from his sight;
All the poet’s aspirations
Centre in that prayer for light.
Gracious Saviour, when life’s day-dreams
Melt and vanish from the sight,
May our dim and longing vision
Then be blessed with light, more light.

The name of the author is the first to go
followed obediently by the title, the plot,
the heartbreaking conclusion, the entire novel
which suddenly becomes one you have never read, never even heard of,


as if, one by one, the memories you used to harbor
decided to retire to the southern hemisphere of the brain,
to a little fishing village where there are no phones.


Long ago you kissed the names of the nine muses goodbye
and watched the quadratic equation pack its bag,
and even now as you memorize the order of the planets,


something else is slipping away, a state flower perhaps,
the address of an uncle, the capital of Paraguay.


Whatever it is you are struggling to remember,
it is not poised on the tip of your tongue
or even lurking in some obscure corner of your spleen.


well on your own way to oblivion where you will join those
who have even forgotten how to swim and how to ride a bicycle.


No wonder you rise in the middle of the night
to look up the date of a famous battle in a book on war.
No wonder the moon in the window seems to have drifted
out of a love poem that you used to know by heart.

Billy Collins, “Forgetfulness” from Questions About Angels. Copyright © 1999 by Billy Collins. Reprinted with the permission of University of Pittsburgh Press.

Jenny Kissed Me by Leigh Hunt read by Kay Ryan

Jenny kissed me when we met,
Jumping from the chair she sat in;
Time, you thief, who love to get
Sweets into your list, put that in!
Say I'm weary, say I'm sad,
Say that health and wealth have missed me,
Say I'm growing old, but add,
Jenny kissed me.

I felt a Funeral, in my Brain,
And Mourners to and fro
Kept treading - treading - till it seemed
That Sense was breaking through -
And when they all were seated,
A Service, like a Drum -
Kept beating - beating - till I thought
My mind was going numb -
And then I heard them lift a Box
And creak across my Soul
With those same Boots of Lead, again,
Then Space - began to toll,
As all the Heavens were a Bell,
And Being, but an Ear,
And I, and Silence, some strange Race,
Wrecked, solitary, here -
And then a Plank in Reason, broke,
And I dropped down, and down -
And hit a World, at every plunge,
And Finished knowing - then -

What Teacher's Make by Taylor Mali

O CAPTAIN! my Captain! our fearful trip is done;
The ship has weather'd every rack, the prize we sought is won;
The port is near, the bells I hear, the people all exulting,
While follow eyes the steady keel, the vessel grim and daring:
But O heart! heart! heart!
O the bleeding drops of red,
Where on the deck my Captain lies,
Fallen cold and dead.


O Captain! my Captain! rise up and hear the bells;
Rise up--for you the flag is flung--for you the bugle trills;
For you bouquets and ribbon'd wreaths--for you the shores a-crowding;
For you they call, the swaying mass, their eager faces turning;
Here Captain! dear father!
This arm beneath your head;
It is some dream that on the deck,
You've fallen cold and dead.


My Captain does not answer, his lips are pale and still;
My father does not feel my arm, he has no pulse nor will;
The ship is anchor'd safe and sound, its voyage closed and done;
From fearful trip, the victor ship, comes in with object won;
Exult, O shores, and ring, O bells!
But I, with mournful tread,
Walk the deck my Captain lies,
Fallen cold and dead.

Ozymandias as Read by Bryan Cranston 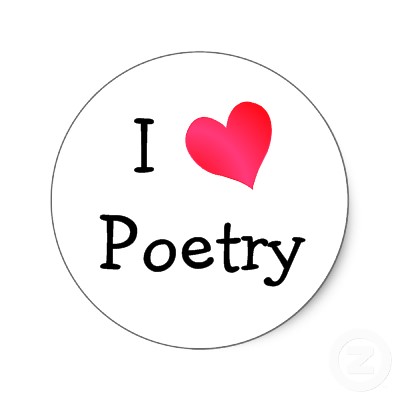 To Record your recitation go Vocaroo

Please check your microphone is enabled and the volume is loud enough.

To change your microphone settings, right click on the voice recorder (where it says "Click to Record" on the Vocaroo main page), then select "settings". From here you can select the microphone tab to access the microphone volume slider. You can also check the correct microphone is selected in the drop down box.  Select Microphone Array.

To watch videos that do not display for you below, go to this BV playlist and select individual videos.

You are the bread and the knife,
The crystal goblet and the wine...
-Jacques Crickillon

You are the bread and the knife,
the crystal goblet and the wine.
You are the dew on the morning grass
and the burning wheel of the sun.
You are the white apron of the baker,
and the marsh birds suddenly in flight.

It is possible that you are the fish under the bridge,
maybe even the pigeon on the general's head,
but you are not even close
to being the field of cornflowers at dusk.

And a quick look in the mirror will show
that you are neither the boots in the corner
nor the boat asleep in its boathouse.

It might interest you to know,
speaking of the plentiful imagery of the world,
that I am the sound of rain on the roof.

I also happen to be the shooting star,
the evening paper blowing down an alley
and the basket of chestnuts on the kitchen table.

Claude Mumbere, of Burlington, Vermont, won 2nd place in the 2012 Poetry Out Loud national competition & received a $10,000 award.
It seemed that out of the battle I escaped
Down some profound dull tunnel, long since scooped
Through granites which Titanic wars had groined.
Yet also there encumbered sleepers groaned,
Too fast in thought or death to be bestirred.
Then, as I probed them, one sprang up, and stared
With piteous recognition in fixed eyes,
Lifting distressful hands as if to bless.
And by his smile, I knew that sullen hall;
By his dead smile I knew we stood in Hell.
With a thousand fears that vision's face was grained;
Yet no blood reached there from the upper ground,
And no guns thumped, or down the flues made moan.
"Strange friend," I said, "Here is no cause to mourn."
"None," said the other, "Save the undone years,
The hopelessness. Whatever hope is yours,
Was my life also; I went hunting wild
After the wildest beauty in the world,
Which lies not calm in eyes, or braided hair,
But mocks the steady running of the hour,
And if it grieves, grieves richlier than here.
For by my glee might many men have laughed,
And of my weeping something has been left,
Which must die now. I mean the truth untold,
The pity of war, the pity war distilled.
Now men will go content with what we spoiled.
Or, discontent, boil bloody, and be spilled.
They will be swift with swiftness of the tigress,
None will break ranks, though nations trek from progress.
Courage was mine, and I had mystery;
Wisdom was mine, and I had mastery;
To miss the march of this retreating world
Into vain citadels that are not walled.
Then, when much blood had clogged their chariot-wheels
I would go up and wash them from sweet wells,
Even with truths that lie too deep for taint.
I would have poured my spirit without stint
But not through wounds; not on the cess of war.
Foreheads of men have bled where no wounds were.
I am the enemy you killed, my friend.
I knew you in this dark; for so you frowned
Yesterday through me as you jabbed and killed.
I parried; but my hands were loath and cold.
Let us sleep now ...

Drops of Jupiter by Train

Now that she's back in the atmosphere
With drops of Jupiter in her hair, hey, hey
She acts like summer and walks like rain
Reminds me that there's time a to change, hey, hey
Since the return from her stay on the moon
She listens like spring and she talks like June, hey, hey

Tell me, did you fall for a shooting star
One without a permanent scar
And did you miss me while you were looking for yourself out there

Now that she's back from that soul vacation
Tracing her way through the constellation, hey, hey
She checks out Mozart while she does tae-bo
Reminds me that there's room to grow, hey, hey

Tell me did the wind sweep you off your feet
Did you finally get the chance to dance along the light of day
And head back to the milky way
And tell me, did Venus blow your mind
Was it everything you wanted to find
And did you miss me while you were looking for yourself out there

Can you imagine no love, pride, deep-fried chicken
Your best friend always sticking up for you... even when I know you're wrong
Can you imagine no first dance, freeze dried romance five-hour phone
Conversation
The best soy latte that you ever had... And me

"To the Boys Who May One Day Date My Daughter"

To the boys who may one day date my daughter!
I have been waiting for you.
Since before her birth,
Since before my spark took hold and ignited the fire in her mother’s belly,
I have been training to kill you.
When you took your first steps I was preparing to make it so you never walked again,
When you played at war I was perfecting headshots,
You can’t catch up at this point.
And when you first meet my daughter and fall in love with the look she sends over her shoulder,
Her crescent-moon eyes framing her laughing smile, you
Are gonna wanna talk to her.
And when those hours pass by like sprinters during that first timeless conversation-
You will also know with a deep and impending sense of dread,
That you are going to have to talk to me
When you first come to my home, and see the bone carving over my threshold-
Try not to imagine your own femurs so expertly carved.
Pay no attention to my “ample crawl space”, my
“Room with a rubber mat and a drain”, be careful
To only approach me with love for my daughter,
See, I have been seeding her childhood with tap-root hugs
To weed out indifference and apathy,
There will be no Daddy Issues for your teenage talons to latch upon. If you
Break her heart; I will hear it snap with the ear I pressed against her mother’s belly-
The elbow I cradled her head in will send a message to my fist. My cheeks
Are attuned to her lips.
I will know if they tremble.

To the girls who may one day date my daughter!...

My wife is a better shot than I am.