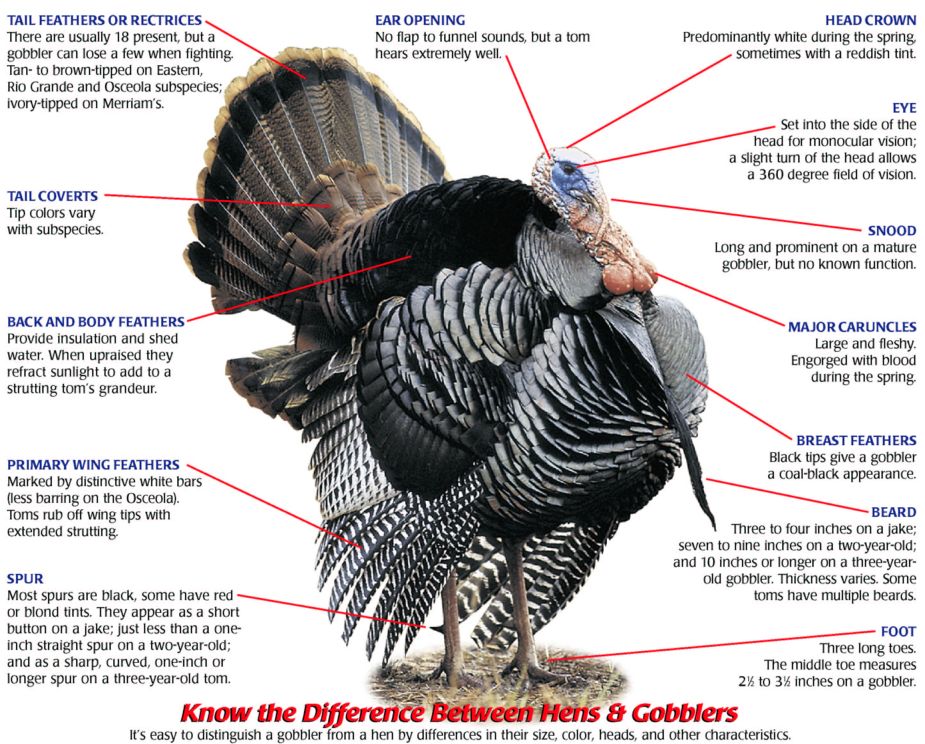 Caruncle - brightly colored growths on the throat region.  Turns bright red when the turkey is upset or during courtship.

Gizzard - a part of a bird's stomach that contains tiny stones.  It helps them grind up food for digestion.

Snood - the flap of skin that hangs over the turkey's beak.  Turns bright red when the turkey is upset or during courtship.

Tom - a male turkey.  Also known as a gobbler.

Wattle - the flap of skin under the turkey's chin.  Turns bright red when the turkey is upset or during courtship.

Archosaurs are a group of specialized reptiles which ruled the Earth during the Age of Dinosaurs. The only archosaurs that survive today are crocodiles and birds. Birds are the only group of dinosaurs that survived the extinction at the end of the Cretaceous period, 65 million years ago. Your holiday turkey is a saurischian dinosaur, like Apatosaurus, Tyrannosaurus, and Velociraptor.

PARTS OF THE TURKEY SKELETON

From Dino to Turkey

Thanksgiving turkey is a dinosaur: The sharks, alligators, beetles, and other animals that ate dinosaurs.

The Surprising Connection Between Turkeys and T. Rex | LiveScience

From Dinosaur to Turkey

Was Tyrannosaurus a Big Turkey?